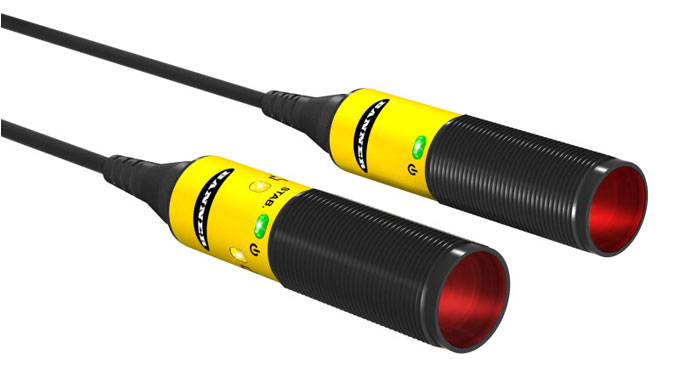 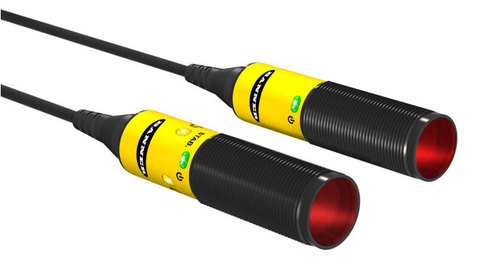 Mülheim, October 28, 2013 – Turck is presenting a new generation of S18 photoelectric sensors from Banner Engineering, its optoelectronics partners. The robust IP67 sensors can withstand ambient temperatures from -40 to +70 °C and are thus also suitable for demanding applications. Thanks to an improved signal processor, all S18-2 devices achieve considerably higher sensing ranges than their predecessors. The optimized crosstalk avoidance feature improves the use of several optical sensors in close proximity to each other. The S18-2 sensors are also optimally protected from interference factors such as ambient light or electromagnetic waves.

Turck offers three operating modes with the S18-2 photoelectric sensors: A photoelectric sensor, a retroreflective sensor and two models for creating through-beam sensors (emitter/receiver). Four LEDs provide information on the different operating states directly on the device. The sensors can be set up conveniently with a highly visible red light beam. The photoelectric sensor also has a pushbutton for setting the sensitivity.